How to counter the most common cybersecurity threats 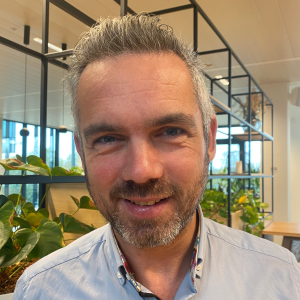 The past few years have been overwhelming when it comes to cybersecurity. As the latest edition of the Data Breach Investigations Report (DBIR) states, it’s difficult to still be surprised by what comes our way in the murky world of cybercrime. Yet the good news is that many of the most common cyber threats can be countered by a good Identity and Access Management (IAM) solution.

Attacks on critical infrastructure: check! Massive supply chain breaches: check! Financially motivated hacker attacks: check! Nation-state attacks on other nations: check! In all, the DBIR investigated almost 24.000 security incidents that happened in 2022, of which over 5,200 were confirmed data breaches. By analyzing these incidents, the researchers came up with seven attack patterns in which these data breaches can be classified, along with an ‘everything else’ category.

Attacks against a web application that are aimed at stealing data. This pattern is: “get in, get the data and get out fast”. To get in, cybercriminals use stolen credentials, exploit vulnerabilities or perform brute force attacks on passwords.

Attacks that are intended to compromise the availability of networks and systems. This includes both network and application layer attacks and continues to be one of the commonest types of cybersecurity incidents.

Incidents where an information asset went missing, whether through misplacement or malice. While the root of the problem is mainly employees losing track of their assets, external actors misuse these assets by selling the lost or stolen assets.

Incidents where unintentional actions directly compromised a security attribute of an information asset. Mostly, this concerns employees or partners that have access to your systems. “People are still fallible, and that fallibility can cause data breaches.”

Incidents that are predominantly driven by unapproved or malicious use of legitimate privileges. In this pattern, people use the legitimate access granted to them as employees to steal data. They may act alone, or in concert with others.

A psychological compromise of a person that alters their behavior into taking an action or breaching confidentiality. According to the report, the human element continues to be a key driver in 82% of all breaches.

Complex attacks that leverage malware and/or hacking to achieve their objectives, including deploying ransomware. Ransomware is one of the fastest-growing attack patterns, with a 13% increase in 2022.

IAM to the rescue

It may be surprising that the patterns listed above can still occur when so many solutions are available just by using Identity and Access Management. IAM offers protection for a number of use cases. Looking at the root cause of these issues, most can be avoided by helping users to secure their access in a more convenient way. The most common risks involve user password management, access rights to different assets, and sharing credentials.
Implementing a zero-trust Identity and Access Management platform helps you protect against these types of attacks.

Hackers try to be cost-effective and the easiest way for them to access an external system is by:

With a symmetric method such as OATH used by basic OTP generators, it is possible to steal the secret used to generate the OTP. This allows hackers to generate OTPs on another device without the user being aware. Asymmetric gives the advantage that there is a unique combination between the client and the authentication server. This means a hacker also needs to have access to the device itself.

With out-of-band authentication, there is a gap between the device that generates and validates the authentication, and the application itself. This can be achieved by a push message or scanning an encrypted QR code.

While this might sound complicated, the advantages are twofold:

To limit the number of passwords for a user, it’s best to implement protocols that support Single Sign-On, rather than creating new accounts with passwords for each user. If forced to do so, users will use the same credentials across applications. If one application is compromised, the hacker can access any application. This is especially the case when integrating third-party applications into your ecosystem. The best way to secure these systems is by using protocols like OIDC that support authentication using a token. Authentication happens under the control of your company, while access is given automatically by sharing a secure token that is generated on the fly. From a user’s perspective, they can just click the link to the specific resource, and all the authentication and authorization processes happen behind the scenes. If a specific resource needs to be better secured than the original resource the user has been authorized to, systems like step-up authentication can be put in place to elevate security with minimal effort.

Most users will access your application on the same device, from the same location. By gathering all this data, you can create session profiles that will increase the security of the next sessions. If an access request comes from an unknown device or a different location, this triggers a risk score, so you can increase the security mechanisms, like asking for a step-up authentication or limiting access to the resource.

Another big risk that involves passwords is users giving away their credentials to help colleagues. As an administrator, you want to secure access to resources and limit the number of people accessing those resources. However, this can result in people sharing their credentials. Especially if you can’t implement a strong authentication mechanism, this means that you don’t control who can access those resources. An access management system that includes good Identity Management with Persona and delegation, allows users to give temporary access to other users. These users can then just use their credentials and, if implemented correctly, can be managed by the users themselves based on the rules you set as an administrator. Good auditing and reporting allow you to keep track of the accessed resources and by whom.

By applying these measures, most of the breaches that are summed up in the DBIR can be avoided. Put an effective IAM solution to work, and the 2023 DBIR will look a lot less gloomy than the previous editions.

Linkedin-in Twitter
Kurt Berghs has been working at TrustBuilder since 2018. As a product manager, he defines TrustBuilder's strategic roadmap in the European IAM market, focusing on financial services, insurance, HR, and other service businesses. Kurt has over 20 years of experience in the IT market, most of which are in the security industry.

Security breach? Don’t blame the user!
Companies are investing heavily in making users alert to the dangers of phishing. At the same time, companies are underinvesting in security infrastructure. Wouldn’t it be better to make sure that IT security is so airtight that users don’t constantly have to be wary of potential breaches?
Read blog post
How personas take Single Sign-on to the next level
Ever more companies are catching on to single sign-on, to increase the productivity of their employees, or to reduce the hurdle for customers when they authenticate for various applications offered by the organization. By combining SSO with the notion of personas, organizations can now make SSO even more user-friendly and secure.
Read blog post
The next step in passwordless? Deviceless authentication!
Not all passwordless solutions are born equal and many solutions either increase the administrative burden of the IT department or rely heavily on expensive external devices. Deviceless authentication is the next step for organizations wanting to combine user experience and airtight security. Deviceless authentication reduces churn and increases customer satisfaction.
Read blog post