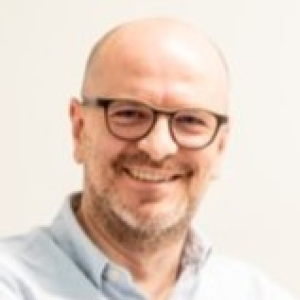 I’ve always believed in globalization. However, three years ago, I read in The Economist a cover article on `Slowbalization’, covering the fact that the growth of globalization was slowing down. The business magazine observed that the Earth had become less flat and that the boom in global trade had stopped. Traditional allies like the US and the UK chose a more nationalistic political course and have put their interests first. Multinationals noticed that they had become overdependent on supplies from China – a weakness that became even more apparent recently when Chinese factories shut down due to Covid in 2020.

The current dramatic events in Ukraine and our dependency on Russian fossil fuel have only stressed the need for a stronger and more independent Europe, both economically and militarily.

The strategic role of cybersecurity

I would contend that a strong cybersecurity is critical infrastructure too, as cybersecurity has become a fundamental part of the overall IT architecture of organizations, both large and small.

The digital transformation of society, intensified by the COVID-19 crisis, has increased the importance of the digital economy. For many businesses, offering user-friendly digital services is key to sustaining growth, or even to survive. At the same time, the number of cyber attacks continues to rise, with increasingly sophisticated attacks coming from a wide range of sources, both inside and outside the EU, not only on economic targets but also on public or even military targets.

I strongly believe that there is need for more European unity on cybersecurity – as today’s market is dominated by non-European companies, controlling personal data and access to key systems.

To build a robust cyber defense, we need skilled local resources, especially in industry segments that are heavily regulated when it comes to privacy and cybersecurity, such as banking and insurance. As the cybersecurity industry is gradually becoming a services industry rather than a product sector, the need for local skilled workers is only increasing in importance.

Fortunately, skills and highly qualified personnel are two of the strong points of Europe. Many innovations are born in Europe. Just look at the banking industry, where European banks are far more innovative than most US players. Local banks have been the front runners when it comes to standardization and digital innovation.

Universities are delivering well-trained cybersecurity experts, as we notice when we hire young graduates, and as we also experience at every edition of the Cyber Security Challenge Belgium that we sponsor. Many universities focus their research on cybersecurity in general and cryptography specifically, earning them high ranks in the list of top universities in the field of cryptography. And let’s not forget that the principle of One-Time Passwords (OTP) was invented in Belgium.

European regulations like GDPR boost research and create awareness around privacy and security, while other local initiatives like the Vlaams Data Nutsbedrijf in Flanders – where universities are working together with Tim Berners-Lee to build data vaults protecting citizens’ data – are increasing the trust in sharing and exchanging data, a prerequisite for economic growth.

According to EU data, there are no fewer than 60,000 companies in the EU that specialize in cybersecurity. That is huge. At the same time, that number points at a weakness too: our efforts are too fragmented and we should be pooling our resources. That is why, backed by European end-users and purchasing departments, investing in European cybersecurity vendors, and with the support of private equity firms like Essling Capital, TrustBuilder is currently pursuing a buy and build strategy to turn the inWebo Group into one of the leading players in the European cybersecurity market.

Linkedin-in Twitter
As co-founder of global trade management leader Porthus, customer experience platform NGDATA, and strategic consulting services company innacco, Frank embodies the entrepreneurial mindset. His 20+ years of ICT experience is complemented by his position as ‘Entrepreneur in Residence’ at iMinds and coach at Netwerk Ondernemen.

How personas help protect digital ecosystems
Personas are a great way to make user administration of an Identity and Access Management (IAM) solution less complicated. But as TrustBuilder CTO Carlo Schüpp explained during a recent Digital Identity Meetup, personas also come in handy when securing the digital ecosystems that many companies are currently building.
Read more
Argenta signs long-term partnership with TrustBuilder
Banking and insurance group Argenta has broken open its existing contracts with TrustBuilder. For the next five years, Belgium's fifth largest bank will continue to protect its applications for customers with TrustBuilder's IAM solution. As a part of the new agreement, Argenta will switch to our cloud-native version TrustBuilder.io.
Read more
The insurance industry needs to change to survive
Going digital is a strategic imperative for the insurance industry. According to a recent report by McKinsey, insurance companies will need to make bold moves if they want to survive. Insurers need to offer seamless digital customer journeys, and IAM is a keystone in building the right foundation.
Read blog post