A day in the life of a TrustBuilder new hire 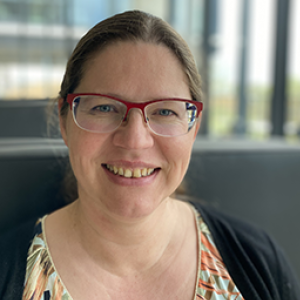 At age seven, Yentl Derumeaux could already be found behind the screen of his own computer. With a mother working in IT and a dad deeply into mechanics, anything technical came natural to him. He was always keen to find out how the PC worked or how he could make Linux work better on his machine. With an inquisitive mind like that, Yentl perfectly matches the requirements TrustBuilder has for a consultant.

Yentl Derumeaux joined TrustBuilder after having worked as an intern at our company for three months.

No wonder you chose to study IT at high school and at university, if IT was breastfed to you?

Yentl: I was intrigued by the vast array of things you can do with IT. Even ten yours ago, the possibilities were limitless. I am always eager to learn new things. I was impressed by what some companies were doing with HTML, so I wanted to try it out myself. That’s probably also why I recently bought another 3D-printer, just to explore the possibilities of that technology.

When I had to choose what to study at high school or university, I went to info sessions and was impressed by how they described hacking. That’s how I decided to go for a bachelor’s degree in Computer and Cybercrime, followed by a Master’s in Industrial Science. My sister also chose a career in IT, she’s a software developer. Development also interested me, but I didn’t feel like writing code full time, I want more variety throughout my day. Working as a consultant in security, I also need to script or write code, but not all the time. I prefer it that way.

A consultant makes it easy for people to use our software

How well did school prepare you for a job in the security software industry?

Yentl: Pretty well. The classes touched upon a lot of things that I now use daily. For instance, I got to know protocols like SAML and OAuth. I didn’t get the deep insights that I need now, but I can easily build further on the foundations that were laid at school. That really helped making the first steps at TrustBuilder when I started an internship here. I chose TrustBuilder for my internship because I was intrigued by the broad functionality of IAM (Identity and Access Management), and how you can combine security with user experience, for instance when you log into websites using social media credentials. That really triggered my curiosity.

Your internship at TrustBuilder was rewarded with a full-time contract. You must have had a good time?

Yentl: Being an intern gave me the opportunity to get to know TrustBuilder.io and its functionalities and features, the workflows,… I worked on making it easier for people to use our software. I received a very thorough training and that was a great start. I was given a lot of freedom, working closely with the development and DevOps teams. That helped me build a good relationship with several people here at TrustBuilder. I was surrounded by colleagues who were always very helpful when I got stuck or had questions. Due to Corona, most of my internship was remote, but we have ample modes of communication.

After three months, TrustBuilder made me an offer to become a consultant and I didn’t need much time to think about it. I had a great chat with TrustBuilder COO Kris Van Opstaele about my goals and ambitions. That convinced me that TrustBuilder was a good point to start my career.

Learning on the job

What attracted you to TrustBuilder?

Yentl: I have always had an interest in consulting, and even considered studying consulting as an option of the cybersecurity curriculum. So getting the opportunity here to learn consulting in practice was great for me. Also, I really felt at home here, with a bunch of great colleagues.

Yentl: Most days at the office start at 9 a.m., drinking a good cup of coffee and checking my email for questions from customers that have come in the previous evening. That is followed by a short meeting with Kris and the other consultants to discuss what needs to happen for what customer. These last few months I have worked on several customers, mainly in banking, but also in insurance and HR Services. Most of the time, I help with the integration of new Identity Providers. At a banking customer I have worked on the adaptation of the Belgian implementation of itsme towards the international implementation. Everything related to itsme had to be rebuilt to the new, international, version. I have also helped build connections and checks, and logic to define how processes have to run, for instance for log-in, signing transactions, what amounts can be paid using itsme,…

A great place to work

You got a lot of responsibility from the start. Isn’t that scary?

Yentl: Indeed. It was sink or swim. I was told to go ahead and try things. “Ask questions when you need to, but just try it and see,” I was told. So that’s what I did. The first week, I found that scary, even though I was always working in a test environment, never in the production system itself. I was thinking, “If I do this, what will I break?”. Fortunately, I didn’t break anything. After a couple of weeks, you get used to it and you realize that anything that goes wrong can be corrected. We work in different environments, and you know that the production will not stop if you make a change in the test environment.

And you are never on your own, I guess?

Yentl: I work fairly independently: I get a request from the customer or a colleague, and I start working on it. But whenever I have a question, there is always someone who is willing to lend a helping hand. That also applies to seeking advice on how to communicate with a customer. It’s much easier to get help now that we are all back in the office. I really like our new place in d’Office. It’s a great place to work, easily accessible. And great catering over lunch.

A dream job at TrustBuilder

Is this your dream job?

Yentl: I definitely prefer work to school. I get to learn a lot, and I get paid for learning! Not a day passes where I don’t learn something new. I really like that we can do things to make it easier for a bank’s customers to do online banking. It’s cool that we can help make other people’s lives more enjoyable through technology.

As this is my first job, it’s difficult to say whether this is my dream job or not. I had always imagined working in a consulting job where I can continue learning and growing myself. And I like the responsibility that I get. So, in that sense, this is the kind of job that I want to do. And I am certainly enjoying myself. At 23, that’s important too.

What do you see as key qualities for a consultant?

Yentl: Being able to think logically is important, but I think being flexible is even more essential. Change is a constant thing. When you start something, you have to realize that there will be adaptations, so you need to build things that can be adapted as the requirements change. That is not something I had expected but, to my own surprise, I can cope with all these changes. Being eager to learn is an asset too, but I am a studious by nature.

Would you recommend friends or family to come work at TrustBuilder?

Yentl: Yes, I would. And in fact I have already done that, and have encouraged a friend to apply for a job here. A couple of my friends from university work at large consulting firms, and from what I hear there is less flexibility there than at TrustBuilder and, even after a year, they are still being treated as absolute beginners. At a smaller company like TrustBuilder, it’s easier to do things that matter. Since I was hired, other people have joined. It’s nice to see that TrustBuilder has a growth strategy. And I want to be here, as it unfolds!

Are you interested in working at TrustBuilder? Check out our vacancies.

A day in the life of a TrustBuilder business analyst
Talent finds its way to TrustBuilder from all over the world. Last year, Peter Surňák left Prague for Belgium and joined TrustBuilder. Belgium was new to him, and TrustBuilder was new to him, but he settled in quickly. As a business analyst, Peter helps design and develop the best possible products for our customers.
Read blog post
A day in the life of a TrustBuilder front-end developer
When TrustBuilder customers use our products, they can immediately judge the quality of work that Andreea Penu (28) delivers. As a front-end developer, she builds the user interface. Delivering a good customer experience and improving people’s productivity is her responsibility. Her main motivation: learning and developing new skills.
Read blog post
The next step in passwordless? Deviceless authentication!
Not all passwordless solutions are born equal and many solutions either increase the administrative burden of the IT department or rely heavily on expensive external devices. Deviceless authentication is the next step for organizations wanting to combine user experience and airtight security. Deviceless authentication reduces churn and increases customer satisfaction.
Read blog post